Trading Places: The Blip on the Radar That Can Cost Index Fund Investors

While investors continue to grapple with market turbulence, many may have missed that U.S. stocks recorded their highest trading volume of the past year on Friday, June 24. On this day alone, investors exchanged almost 20 billion shares, 75% higher than the average daily share volume of the last 12 months. See Figure 1. 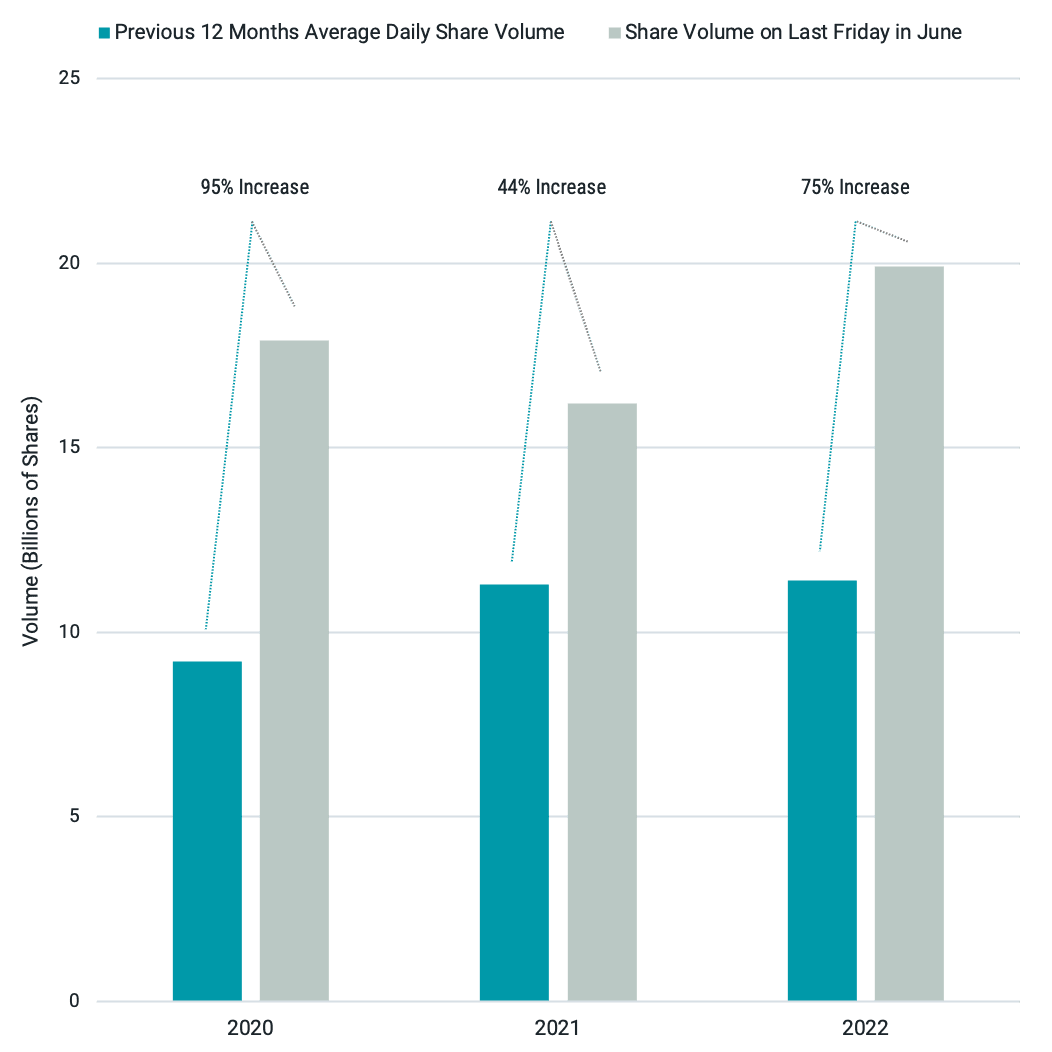 So, what led to this spike in trading volume? Each year, on the last Friday in June, FTSE Russell reconstitutes — or reclassifies — the holdings in its Russell U.S. indices. Russell places stocks into the various indices based on the underlying firm’s characteristics, such as its market capitalization or the multiple at which it trades relative to its book value or changes in its earnings.

When Russell reconstitutes its indices, funds and investors attempting to track those indices must place trades to:

Figure 2 illustrates how the makeup of four well-known Russell indices changed during this last reconstitution. 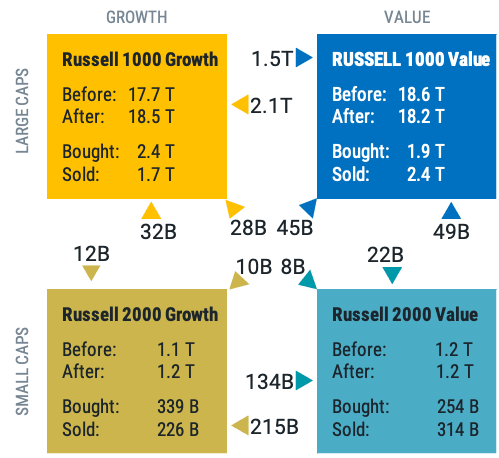 Data as of 6/24/2022. Source: Avantis Investors, Bloomberg. Figures are rounded.

A look at the volume expected to be traded in individual securities added to the Russell indexes on the reconstitution date is striking and helps to illustrate why prices can be impacted by index rebalancing events. 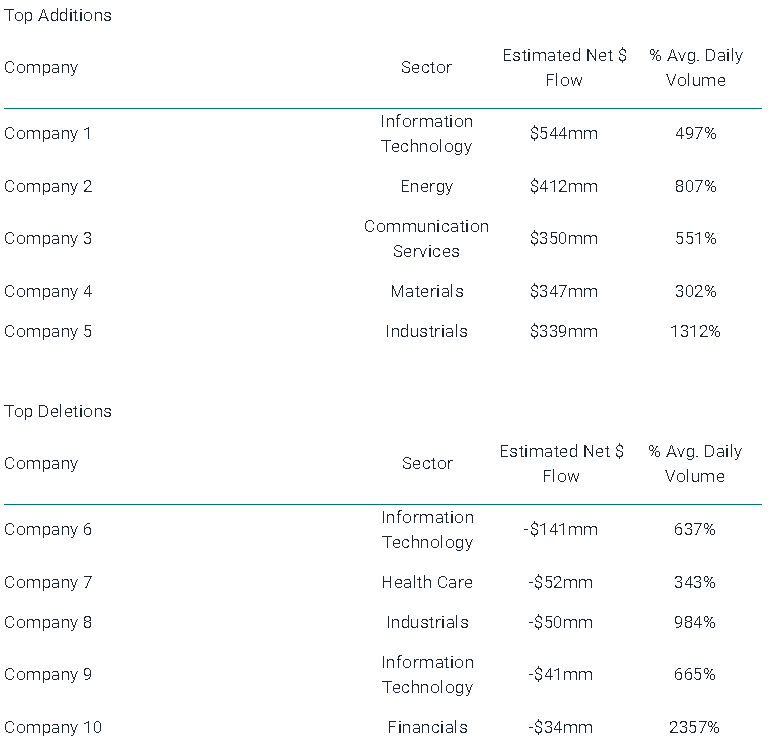 Most would agree that attempting to trade multiples of a security’s typical volume should come at a cost. But how big is this cost? A recent study explored this question, finding securities added and removed from ETFs tracking public indices that pre-announce their trades and concentrate all turnover on a single or few days a year on average rose 67 basis points (adjusted for trade direction) in the five days leading up to the reconstitution date and fell 20 basis points over the 20 days that follow.1

These hidden potential costs are often unknown to investors of passive index funds, but their materiality can be meaningful. In some cases, these effects can be greater than the expense ratios of the index funds.

An alternative approach is to review updated stock information daily, comparing securities to others to determine which ones to buy, hold or sell. A process that allocates investor assets based on current (as opposed to stale) information is expected to add value over time. This doesn’t mean investors have to trade a lot each day, but only what’s necessary to keep the portfolio in the desired position. This method allows for a consistent focus on the desired asset class rather than making forced trades annually and all at once.