The Ever Given, Suez Canal and Impact of One Stuck Ship on the Global Economy

In late March, one of the world’s largest container ships— the Ever Given—became stuck while passing through Egypt’s Suez Canal. The critical waterway for global trade helps shave off thousands of miles from voyages between Asia Pacific and European ports.

At more than 1,300 feet long, the Ever Given created a blockage that rendered the canal impassable. On March 28, just five days after the ship ran aground, canal authorities estimated that 320 other vessels awaited access to the canal.1 Tugboats freed the Ever Given on March 29, and the cascading impact of the blockage of a single waterway on global trade has been tremendous. Billions of dollars’ worth of cargo were stranded on the ships sitting idle, while Egypt lost an estimated $15 million daily in toll revenue. The blockage also triggered a broad decrease in capacity for trade and oil shipments.2

This incident shines a light on the significance of the merchant fleet, which is estimated to include more than 50,000 cargo ships with more than 2 billion dead-weight tons of carrying capacity.3 Figure 1 shows how that capacity has more than doubled since 2005.

Figure 1 | Worldwide Capacity of Merchant Fleets Has Doubled Since 2005 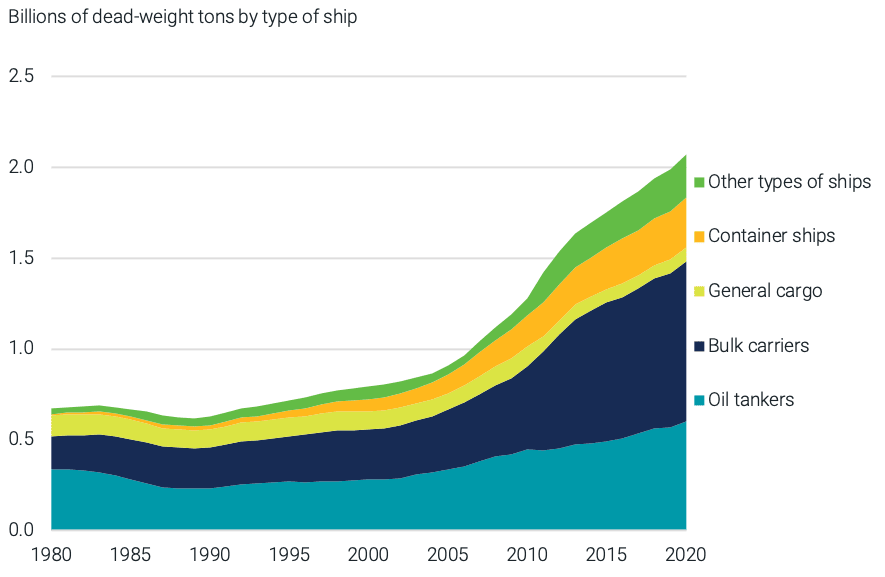 Maritime intelligence provider MarineTraffic offers a real-time picture of where these ships are located at any given point, illustrating the awesomeness of these ocean superhighways carrying goods, supplies and fuel between ports worldwide. Figure 2.

This reminder also highlights the global customer base of so many companies. One classic example—no pun intended—is the Coca-Cola Co., which sells its products in more than 200 countries and territories.4

When looking at companies' equity portfolios, it is more common to view exposure based on the geography of where companies are domiciled. But we have data that go a level deeper, showing where these firms generate their revenues and offering insight about the degree to which some of these markets are integrated.

Take the S&P 500®  Index, for example, which comprises some of the largest U.S.-listed stocks. Morningstar data show a little more than 60% of revenues from companies in the index are generated in the U.S., meaning almost 40 cents of every dollar of revenues come from non-U.S. markets. Figure 3 compares several well-known large and small-cap indices across U.S., non-U.S. developed and emerging markets.

Figure 3 | Where Does Revenue Come From?

Why Global Diversification Is Important

Two clear patterns emerge when looking at this data. First, while most revenue for each index comes from countries where the companies are domiciled, all the indices have revenue exposure across other markets. The MSCI EAFE Index, comprising large-cap stocks across developed market countries outside North America, has almost 20% of revenue generated by the U.S. and about 25% of revenue generated by emerging market and other developing countries.

Second, in every case, the small-cap indices for each region generate a higher percentage of revenue in the countries within the region. The Russell 2000®  Index, made up of U.S. small-cap companies, generates almost 80% of its revenue domestically. We also looked at differences between value and growth stock indices in the U.S., and value indices had higher levels of domestic revenue exposure in both large and small caps.

What does this mean for the sources of revenue from a globally diversified equity allocation that incorporates known drivers of expected returns? Figure 4 compares the country distribution of a global equity allocation with a tilt toward small value to increase expected return versus the distribution of the revenue sources for the same portfolio. While 60% of the allocation comes from firms domiciled in the U.S., more than half of revenues come from abroad. 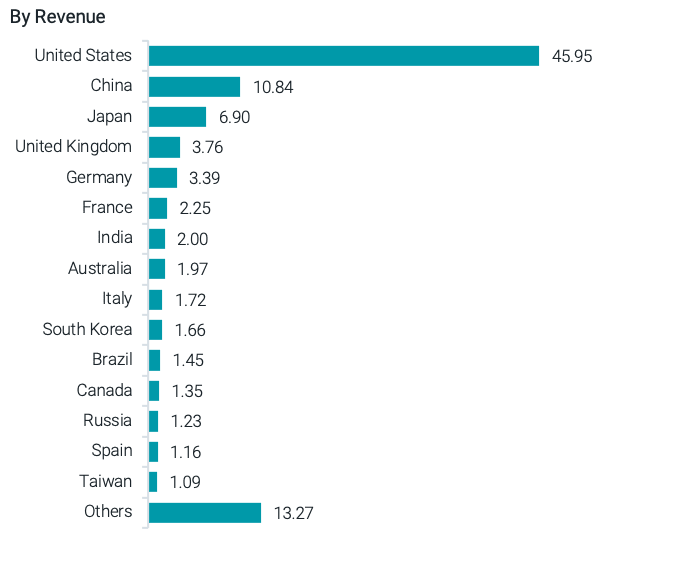 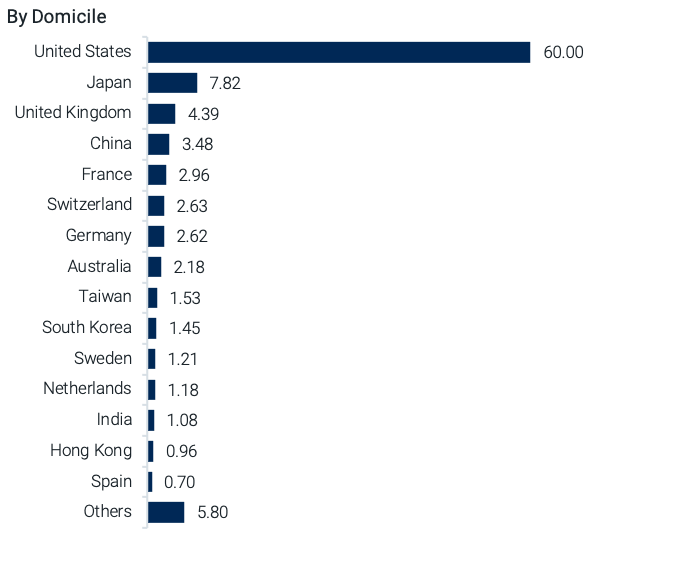 We live in an integrated world, and the companies in which we invest draw revenues and incur costs beyond the frontiers of their countries of domicile. Amid the constant chatter comparing the relative prospects of domestic versus foreign companies or developed versus emerging markets, we believe this further reinforces the wisdom of designing and maintaining long-term, diversified allocations to help investors achieve their financial goals.

4  “About the Coca-Cola Company,” https://investors.coca-colacompany.com/about.

The S&P 500®  Index is composed of 500 selected common stocks most of which are listed on the New York Stock Exchange. It is not an investment product available for purchase.

The Russell 2000®  Index ia a market-capitalization weighted index created by Frank Russell Company to measure the performance of the 2,000 smallest of the 3,000 largest publicly traded U.S. companies, based on total market capitalization.

Diversification does not assure a profit, nor does it protect against loss of principal.

The contents of this Avantis®  Investors presentation are protected by applicable copyright and trade laws. No permission is granted to copy, redistribute, modify, post or frame any text, graphics, images, trademarks, designs or logos.